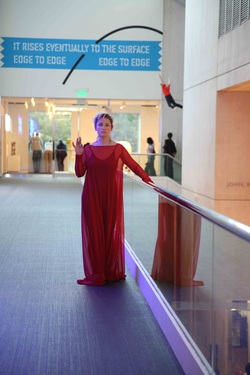 Marilyn: You needed the railing more, I saw one slight stumble on the stairs right at the end. I don’t think I saw a stumble before then
Tyler: I noticed when you walked up the stairs the last time, the front stairs you walked up in the same way you walked up the first time.
Amanda: I tried to walk it in the same steps, yes, but I couldn’t walk down it in the middle, I needed the banisters for support, coming down was just more dangerous, I have a dress that’s too long, my feet are sore, my knees are sore, my thights are sore and I’m a bit wobbley, Im not seeing properly, I kept missing the banister a couple of times.
Marilyn: Yes, I saw that 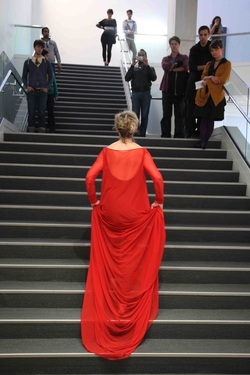 Amanda: and then I had my one big trip just before the final
Marilyn: ‘Everyone get out of the Museum’ announcement.
Marilyn: It was interesting to see the people who slowed down to your time versus the ones who refused, even when they recognised it, and made a decision not to. I was also interested in the group of people who stood at the end to see that last descent on the stairs. Half of them up at the top, alot of them were us but there was a whole other group of people who caught on. They were being shuffled out of the museum but  they didn’t let themselves be pushed out before you finished. They really resisted that exiting that they do in the museum. There was a woman down at the door who almost grabbed Risa ‘you have to go now’ (and Risa said) ‘no we don’t’. 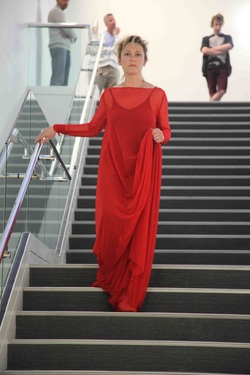 Tyler: It was so interesting watching that. Are those people going to leave? Once I realised, after they made the announcement (that the Museum was closed) and no one moved and the guards...
Marilyn: she gave up, that woman (guard) at the door gave up trying to change the energy...
Tyler: and that’s when I knew that you were going to have to end it.
Marilyn: Just seeing how everyone dealt with that ending was really interesting, including you, because it was being negotiated between the entire group, up above you, and down below, and the guards.
Tyler: It was really powerful when the music stopped. There was one guy whistling, and the rest were absolutely silent. I have no idea where he was, if it was a guard or somewhere that was echoing. It was just like this moment that was really really beautiful. All of us standing there in silence and you walking up and down the stairs and this whistling.
Nash: Moments before that a woman was singing very softly, very beautiful.
Tyler: There was always talking and noise happening and that last ten minutes it was (makes a gesture for silent)
Marilyn: and no one was moving. 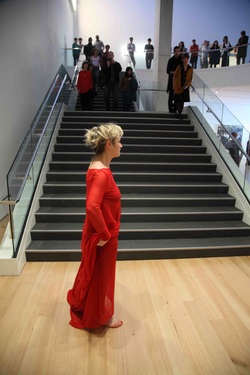 It feels like I have fallen through a hole. I can’t see properly. I can’t read the computer I’m writing on now. I am in physical pain, my neck, legs, joints, feet and eyes are completely swollen, but I’m elated.- 10 am, 19 September 2011, Hyatt Hotel, Boston. 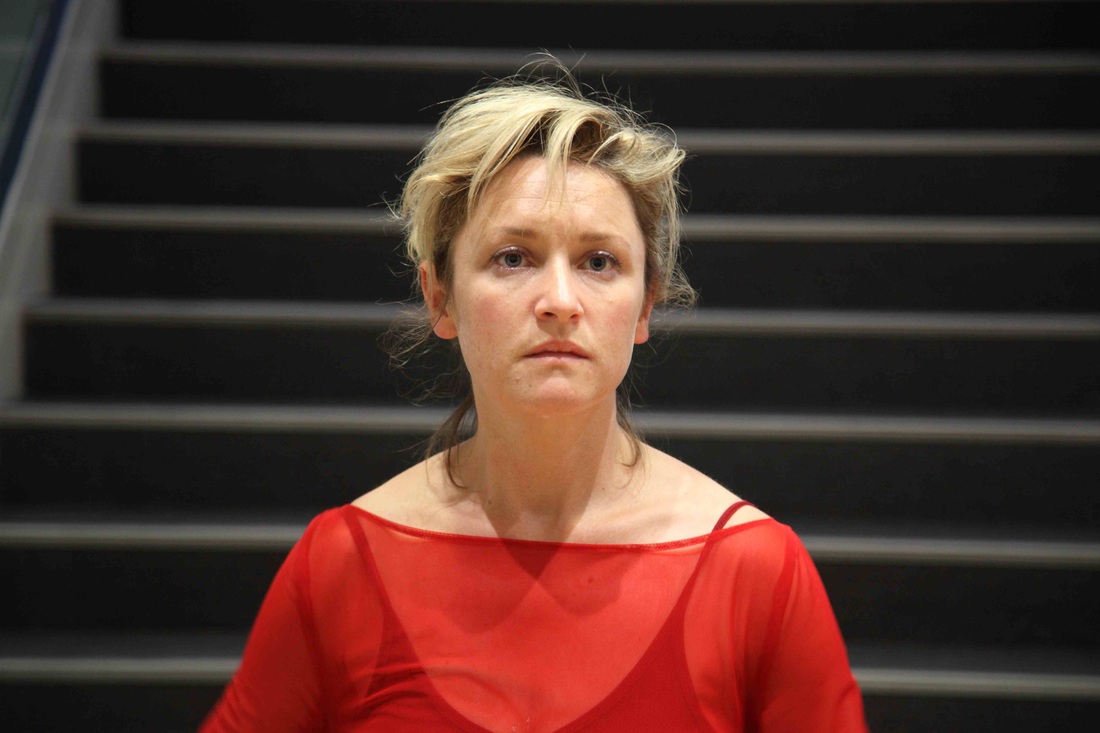