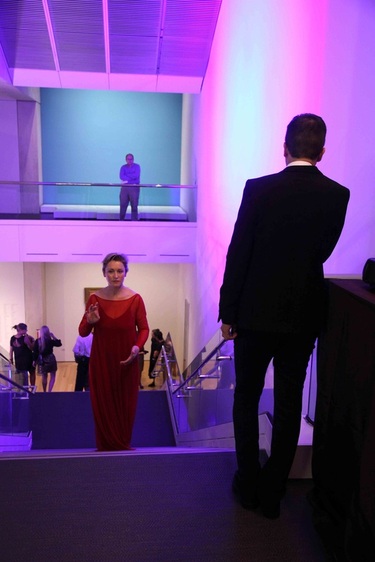 An encounter in six parts...

Liz: You told me yesterday that you looked at Richardo
after you noticed him. He was one of the few people who was standing watching you. I asked him about it and he said that some drunk asshole in a suit was saying, ‘can we make out with her?’, did you hear that? 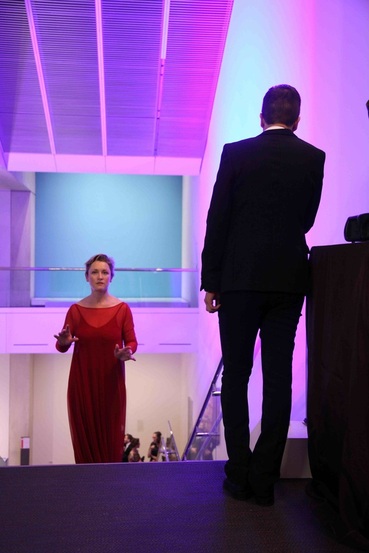 Amanda: No, but somebody told me that someone wanted to kiss me or something like that
Liz: He wasn’t saying ‘kiss’ he was saying ‘can we make out with her’ so Richardo just took your cue. 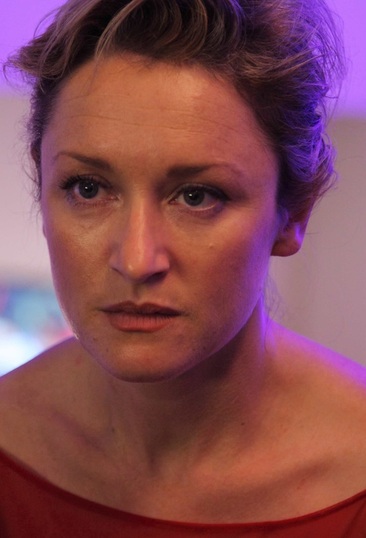 Amanda: So he was minding me?

Liz: Yea and he was also in the zone like, ‘I’m going to hit this fucking guy if I don’t just totally ignore him’ and that’s what he chose to do until the guy went away, so that was probably the right decision, not to engage with him. But he was upset about that and shortly after you looked at him. It was this encounter; the female art object, and the confrontation. 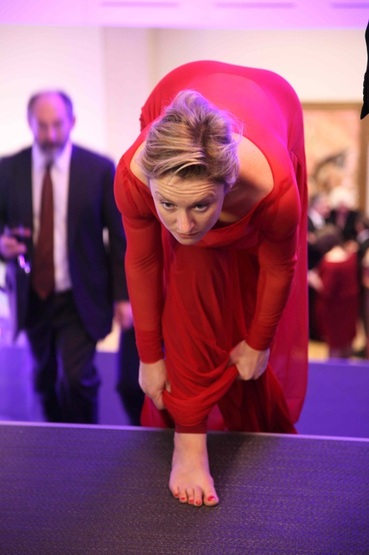 Amanda: There was a lot of heat up there as I was going up to it, and I remember thinking it was dangerous. I probably had 5 or 6 steps to go (to reach the top of the stairs and the site of the danger). It was dangerous and I didn’t know why. I can clearly see Richardo there and I know I have seen him since the bottom of the stairs (standing in the one position) so I thought he was the dangerous one. I was within arm’s reach of Richardo and I thought ‘is he going to grab me? is someone going to interact (with me) here, I need to be ready’. And so I tried to thwart it by bending completely down under his hand and coming back up again on the other side. That whoosh (upward movement of the body) is a huge movement. I came (up) almost inline with him. I looked at him and he just wasn’t looking at me and I thought, ‘he’s not the danger’. 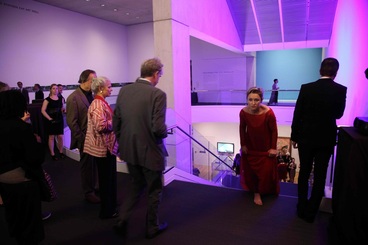 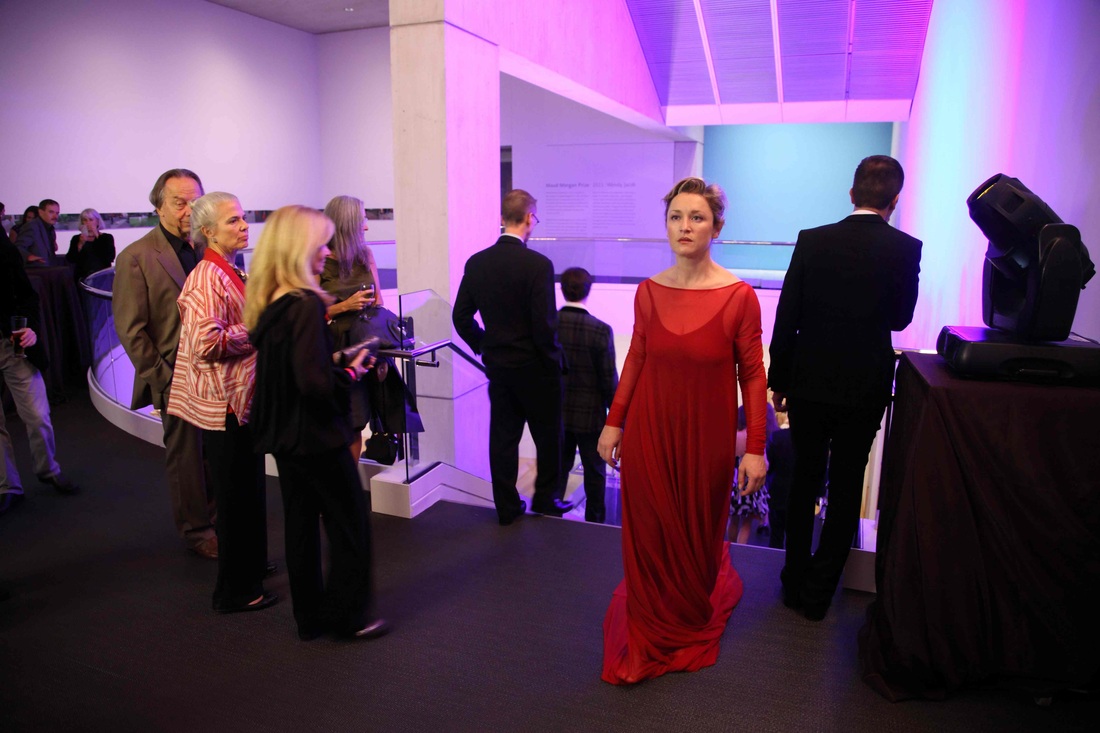