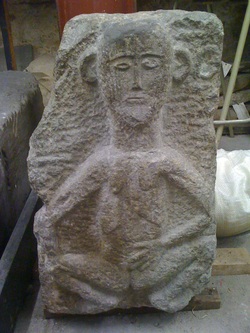 Sheela na Gig, National Museum of Ireland
Creighton: You were walking and these, like, four trustees or donors were still drinking,
they enclosed around you and they started this slow clap thing
that built up into ‘you’re just magnificent, go, do it’.
I think you smiled and had an interaction with them
and then they gave James and I a look like ‘look at this girl!’


Creighton and James were minding me, I pulled the skirt of the dress over my head,
to make a disembodied image, relating to an old work, Athena – an image I had been
thinking about using during this performance. I made the image and the
audience turned away, it was too much – I only hit it again, once more towards
the very end when I had to dig very deep to  sustain the piece. The piece had to walk a
fine line between acceptable, accessable and true. The truth or base of the piece was
simply walking up and down the stairs. The vertiginous element was a dress that
was too long, and brought the danger of losing my footing on the stairs. 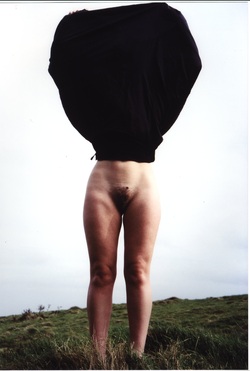 Athena, Amanda Coogan 2002
Amanda: I thought I was going to make this ‘Athena’ image much more; an old piece of mine where I have the skirt up over my head. (I had planned) that that was to be one of the key images in the live performance. I think I made it twice, that’s it. It just wasn’t right, or something so I simply walked up and down the stairs. I needed to be physical and making these [Gestures; the hand waving/turning slowly] was the only thing I kept to and that [hand gesturing], in some way was quite formal. I really wanted to formalize the body.
Marilyn: Sheela-na-gig
Amanda: It’s the Sheela-na-Gig yes, absolutely, [looking at my book] so this piece, and I thought I was going to make a clean version of it (laughing), I bought this unitard that was slightly the wrong colour but it was really important to me I didn’t have a knicker line, because it had to be about the body and a colour. I only made it once or twice, I’m shocked.More towards the end, I know, was putting the skirt in my mouth.
James: Yea
Amanda: I do it quite alot - it’s from a piece of mine called Yellow.
James: the scrubbing
Amanda: Yes, it’s like it digs (or) pulls up the energy, so when I start
doing that alot you know I’m very low. 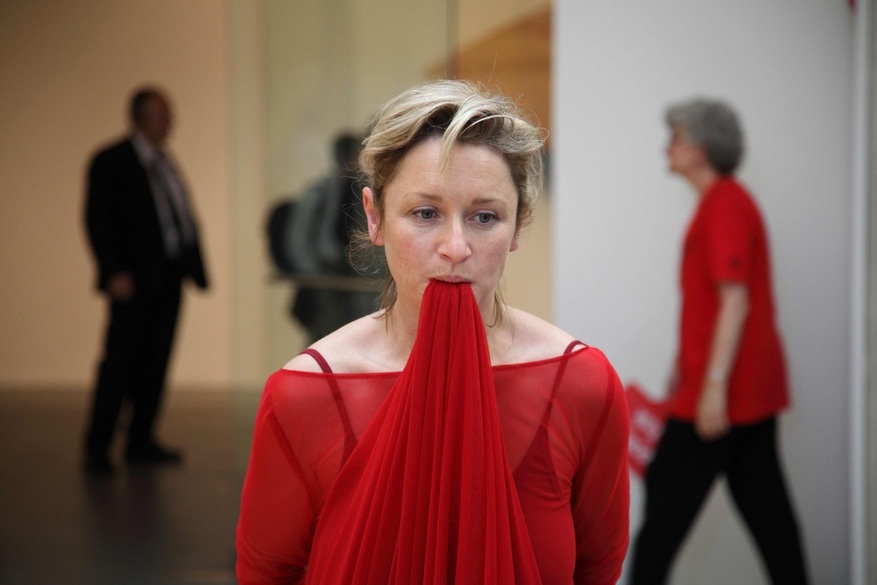 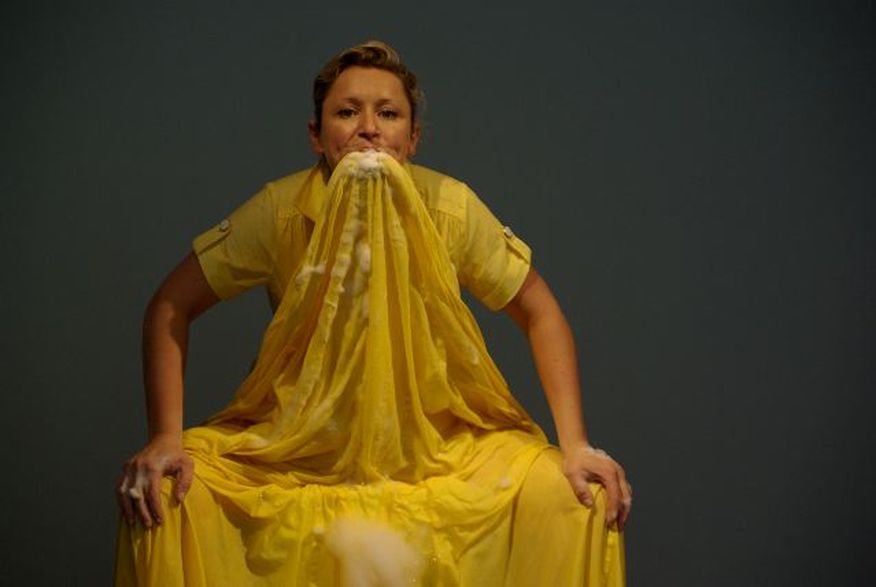