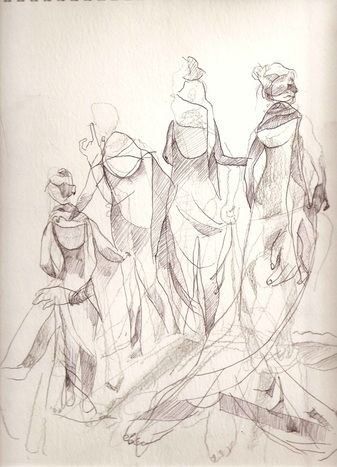 Marilyn: There was this group of people who were there in the Museum at 7 o’clock in the morning which is unusual, and they were there for free. They are not the normal museum goers. Whereas, I think, by the end of yesterday we were much more in the territory of what is a normal Sunday afternoon at the Museum and it happens to be free, whereas the 7am...

Amanda: the 7am’s were lovely, they were in, they were joggers or families with kids, ‘we’re up early anyway, come on we’ll go down to the Museum,’ it was really lovely, there was a very nice vibe to it.

Marilyn: and there was that sense of owning the Museum because you’re there so early and there are so few people.